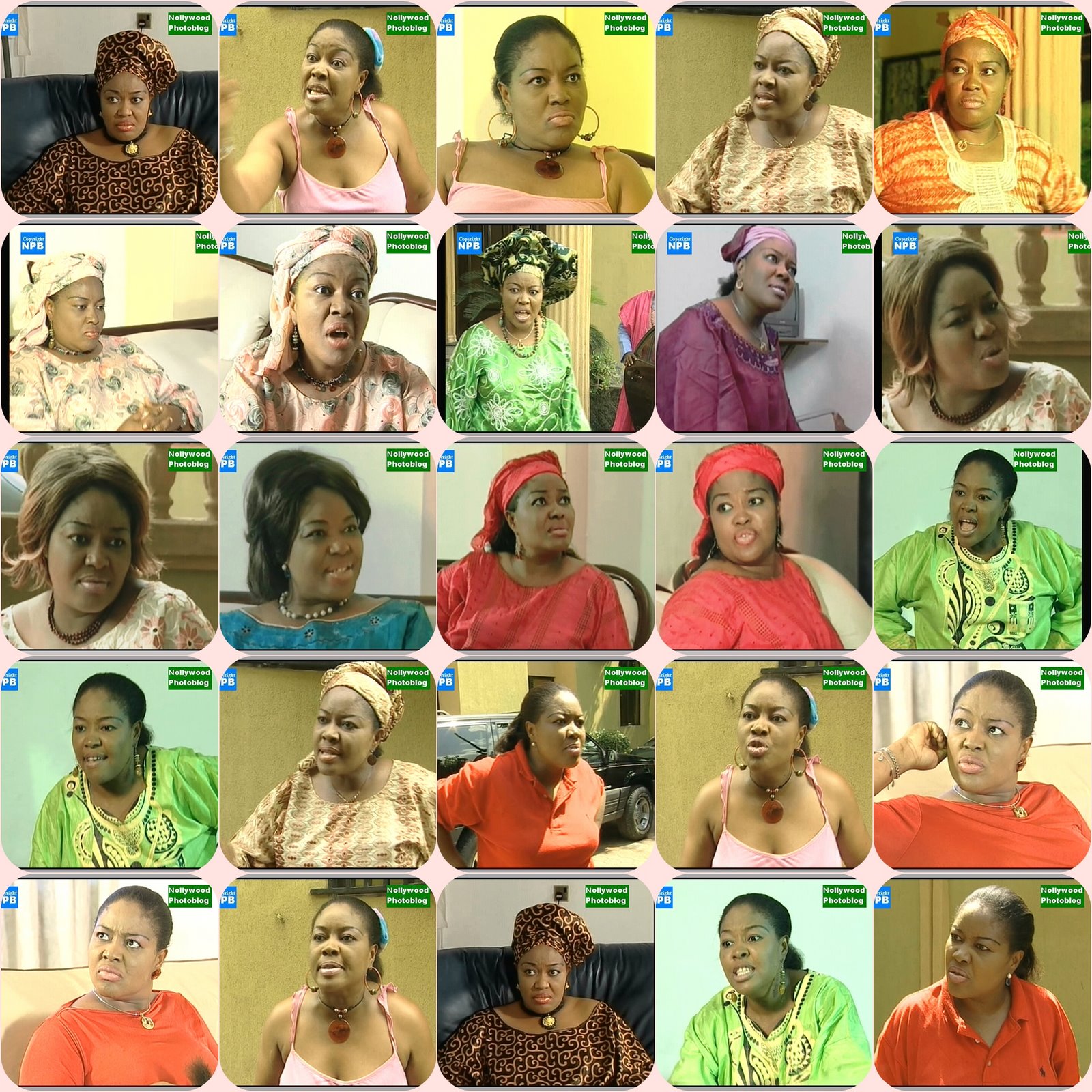 Everywhere the now rested soap opera, Behind The clouds was aired on the network service of the Nigerian Television Authority (NTA), Nigerians will never forget Franca Obianuju Brown, who played the role of Mama Nosa. Unlike what most people thought that she began her acting career with Behind the Clouds, the ageless actress revealed to Klieglights that she had featured in another Soap prior to Behind the Clouds.

"I did not start my acting career with Behind the Clouds. I started with Behind the Bukka an NTA Jos production. It was actually my stepping stone to playing the role I got in Behind the Clouds. In the earlier soap I acted as Ngozi a police officer's wife and I was the one giving my husband trouble in the house. I wanted him to do anything to get money so I could look good," she said.

The former banker, whose stay in the industry is older than many imagine speaks on her acting career and the wifely role she normally plays.

"I don't know why directors give me that role; maybe because I have a matronly look but I can play other roles too. Every thing depends on the director and the role he feels I can fit into. Whichever role I'm given I know I can carry it well because I'm an actress. I started acting in the industry as a very kind woman, good wife and good mother, but at a point, the producers decided to give me wicked roles," she said.

Continuing, she said she does not have any favourite film but recalled one outstanding role;

"I don't have a favourite but there is one film that is very touching to me and that is Women At Large. In the film I have to change my usual character and was chasing after younger men. That was not really me, because I don't go after younger men, I go out with my age mates."

Countering the notion that she no longer act and explaining about her fewer screen appearance she said: "I still act. I'm an actress for life, once I get a role I act but I have also diverted into other areas such as directing, production and scriptwriting. I have started doing my own film so definitely my appearance in other movies will be limited."

The famous actress whose filmography includes Valentino, Clash of Destiny, Discord, Cross of Agony, Human Cargo, My Goodwill, My Sweat, Never Let Go, Only Angel, Pains Of Love, Problem Child, Sawam, Sunrise, Tears and Sorrows, Leap of Faith and Endless Passion among others, spoke on the gains of her long stay in the industry.

"I have gained a lot from my long stay in the industry. We all started in this industry as apprentices, but for some of us who actually went back to school to read film production, I have gained and I have also given a lot. A lot of people have gained from me from apprentice, like when I'm directing I see a lot of people who I ask to assist me asking me questions. People have asked me how they could become an actress and I keep tutoring them so I believe that I have given a lot to the industry, she said.

In retrospect she admits having no regret for any mistakes in the past. According to her, "I don't have any regret whatsoever. Life is about you making some mistakes and improving on your mistakes so I do not regret any role I have acted. But one thing I always do is to critique myself when I watch my film. I will always tell myself, 'Franka, you need to improve on this, you need to improve on that.'"

Her advice to up and coming artistes is that "they should acquire the skill, go to school, refresh their skill and come out with a great act instead of criticising others."

She also has a word for those who criticise the Nigerian home movie industry: "They should know that a lot of us gather our resources together to do this thing, it is not magic, we get fund from mostly brothers and sisters so when they compare us to the outside world they should know that the outside world have functional film funds unlike here. When you talk of banks, it is just a few of us that have been able to get funds from banks. Majority of us have tried in our own way to get funding from our own little way. So, just like the proverbial lizard that fell from the iroko tree with no one to praise him, will praise himself. Nigerian home movie have come a long way and anyone who is there to criticise and not critic is doing us harm."

The screen legend also spoke on her production outfit. "Rubby Diamonds Pictures started from the 1990s and I would say that we are more than 15 years old now."

Quantifying her success for the past 15 years or so, she said:

"God has been my help, He said He will provide my needs according to His riches by Christ Jesus so I cannot really rate my success. But all I can say is you watch out and you will see me enlarging my coast and I believe my coast is being enlarged everyday."

Commenting on the journey so far she said, "I'm fulfilled because I enjoy what I'm doing. Despite the fact that I have not started seeing the reward in terms of funds but I'm so happy I'm in this industry. There is nothing like doing what you love doing, I wouldn't have fitted any where else."

Franka might not be seen at every party or event but she doesn't miss any meeting of the Association of Movie Producers (AMP), the directors or scriptwriters' guilds. Last week the ace actress cum producer was bereaved but this did not deter her from attending the AMP meeting and taking part in the preparation for the association's week. Commenting on her commitment to the industry she said: "If I was not acting I don't think there is any other thing I would have loved to do. That is why whatever concerns the industry concerns Franka Brown personally. You can see how involved I'm for the AMP week, we have deliberated on a lot of issues and I'm so excited, I believe this AMP week will be a boom for producers."

For many who are confused about Franka's marital status, the middle-aged actress is definitely single, but is she searching? Her reply is; "I believe that question should be directed to God and not me because it is God that ordains marriage."
culled from Naijarules