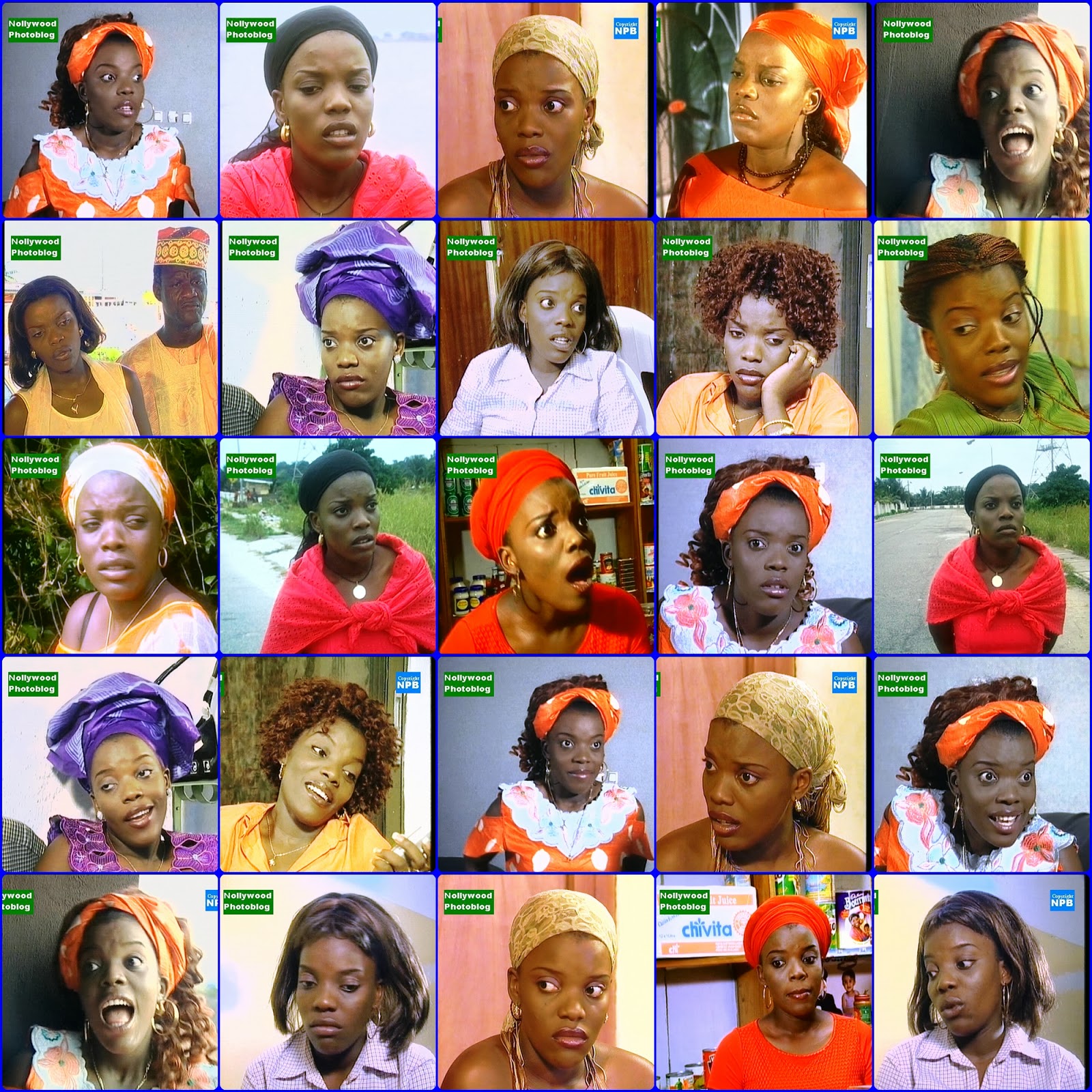 We learn you are now a make-up artiste. How did you find yourself in this field?

You are into interior dÃ©cor as well,

I do that as well. I just finished working on a hotel in Calabar. It took me almost three months to complete the job.

But how did you come into this line? We thought acting was your love?

But don't you feel bad that you are no longer acting in movies like most of your contemporaries?

I really don't have a problem with that. Acting is not what you can retire from. Acting is always there for any good actor. I just finished a job, which would be premiered in the US and Canada. I would rather be into one beautiful big project, where you can demonstrate your talent. I don't want to continue doing this home video thing; I want to do movies. I'm not a square peg in a round hole. Most people who know me also know I'm good, I'm okay. I've three scripts right now. Each time I get scripts, my brothers and I talk about them.

Some people might say you went off the screen because the scripts weren't coming any longer.

Not at all! It is not true. I was in Germany for about five months. I was also in the UK for some period of time doing some things I don't want to talk about right now. I've been okay with what I've been doing. I shot a movie late last year. I was in Owerri. Mike Ezuruonye was also in the movie. I did the movie because it was so challenging. We rehearsed with real guns in the movie. It is not the usual kind of movie we are used to everyday.

Tell us what it is like being in a family of actors.

It is just like asking me how it is being in a family of doctors. There is nothing wrong with acting or engineering. It is fun and interesting. It is something we can all sit down and talk about. It helps to have a brother who does the same thing that you do. We learn from each other.

Timaya said one of his greatest regrets was having you as his girlfriend. Did you hurt him that much for him to have said that?

Ah! Empress! Seriously, I told myself that I wasn't going to talk about this in the papers because I've learnt a lot. I've learnt that being good is not really a good thing in this country. Trying to help people is not a good thing too. Whatever you do, people will try to criticise you. I've always been a good person. Apart from the fact that people are not blind, apart from the fact that people are not dumb to know the truth, I don't have to go to the papers to justify what happened in that relationship. But I've been in the spotlight before he ever thought of getting there. People have always known me for being nice. I hate proud people; so, I will not boast about things I did for people. It is so glaring who should really go to the papers and say the relationship was a mistake. I don't want to criticise anybody. I don't want to talk about it. I still give God the glory. Without events, there won't be history. It has made me not to trust people or live my life for them.

We learnt you wanted to sue him.

We had a case recently and people said I sued Timaya for an X amount of money. Obviously, money is not my problem. I started making money long before Timaya ever thought of seeing millions. I just did what I had to do. Let me give you a hint. We had some issues and I basically avoided this same person for close to two years. I had my reasons. He was somebody I was close to for a period of time and I know what he can or can't do. So, I avoided him. I will just say that Timaya was obsessed with me. He saw me driving at a particular time, he overtook me, stopped in front of me, pulled me off my car and beat me up. I did what I had to do. I had to go to the police and report the case with the pictures of my face swollen and all of that. I took the case very far. I had two lawyers. But for the love of Christ, I had to let the case go. I've been in this business for a long time. If I go to the papers, people might say Empress wants attention. How can I crave attention when I've had it for so long? He went to the papers and he got talking and talking and I was reading and laughing. I didn't say a word all through that period. The fear of God and maturity had to come in. Many journalists called me to get my comments. I always told them I didn't want to comment on the issue.

But would you, like him, say you regret the relationship?

It is obvious. I would have used that period of time to better other people's lives or concentrate on my job or my family. But I was living my life for people who didn't deserve it. If I had listened to one of his new tracks before I dropped that case, I don't think I would have dropped the case. I may preach about Christ and love, but I'm human. There are things that you should just let go. Can you imagine the arrogance? Music is not meant for you to come out and brag about what you don't have. I respect Tuface a lot. He sings songs that make meaning. He is not bragging about what he is not and you can learn through his music. His music is inspiring. If you have a problem with someone, face the problem. Do you have to sing about it? Why not do something that people can embrace, something that can go farther than this country? Why would you waste your time and go to the studio only to come out singing about an actress? Empress was something he regretted yet he sang with my name. Empress was somebody you regretted, yet you used my brothers' names in your song. E dey pepper you for bodi so much. It is because I'm or I was so important in his life. You regret Empress yet you gave me a ring? Please! It is high time we stopped talking trash. I might have said I don't want to talk about this but right now, I don't think I would mind having one on one debate with him. But then, I'm too much for such. It is obvious who should regret the relationship. It is obvious who should be thankful. In life, when you achieve something you never believed you will achieve, it is like a blow to them.

How did you feel when he beat you up?

How else would a battered woman feel? You will feel angry and frustrated. At that point, a lot of things will go through your mind. This is not what I want to talk about in the papers. It is not a good thing for any female. I'm going to do a movie on people who hit women. It is not something I want to rush into. I want to do it right.

How come your brothers kept quiet if you said he beat you up?

My brothers didn't keep quiet. They were not brought up to be brutal. A lot of friends wanted to fight for me. A lot of musicians were on my side. One of my brothers wanted to be confrontational. But I told them that two people can't be mad at the same time. The way we were trained is obviously different from the way some other people were trained. My brothers will always respect my feelings. John is a triple black belter. He doesn't even need to fight. He will just hit you one place and you will die. He is one of the best in karate and you know these people are trained not to get angry. He is calm.

Would you have married Timaya?

I would have made my mother the saddest woman on the face of this earth if I'd married Timaya. I would have sent my mother to an early grave. She is the best thing that has ever happened to me. She is my happiness. My mother has never advised me wrongly and she has never advised me to be involved in anything evil. If I had moved out of my family house, I would have been wayward. But when you are under the umbrella of a good parent, you will hardly go astray. If I try to go astray, my mum will put me on the right track since I'm still living under her roof. If I had wanted to rent my own flat, I would have rented over 100 flats.

But we thought you moved into Timaya's house?

I didn't move into that house, I got that house. Please, I don't want to talk about it. Let's just leave that side. When I said I lived my life for some people, you should understand what I'm saying. I never moved into any man's house. I've never done that and I will never do that.