A Pictorial Glance at Ashley Nwosu of Nollywood 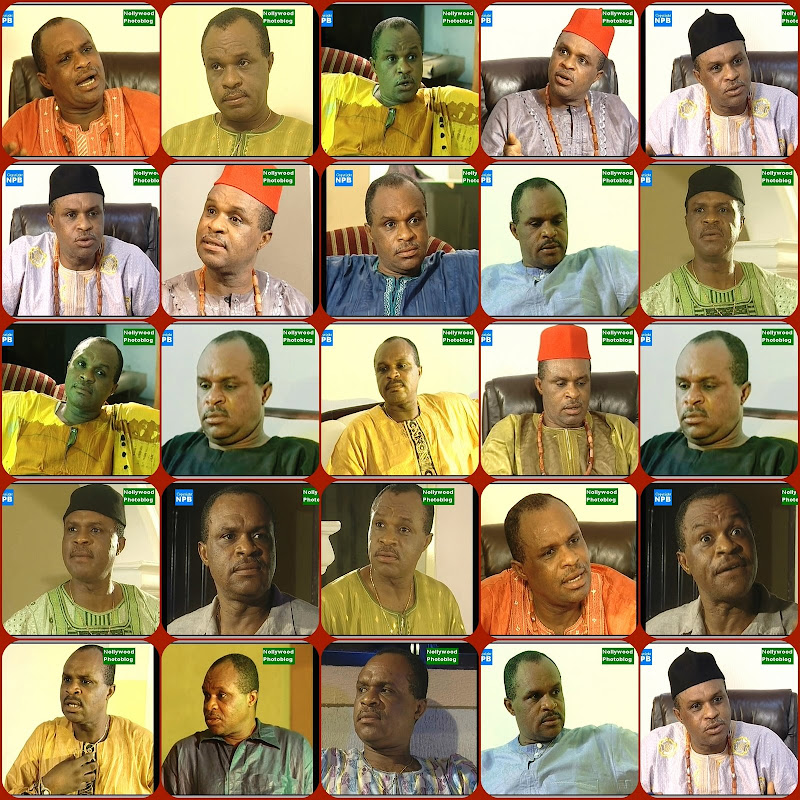 Versatile actor and a pioneer artiste of the Nollywood phenomenon, Ashley Nwosu has another side of him, which the public is yet to know.

At the recent launch of Ogologolonga, a musical album by gospel musician, Ayo Agbaje, the actor stunned many of his fans including his wife and son, when he vacated his table to join the singer and his cultural dancers on stage. Nwosu, who was obviously carried away by the song could not restrain himself from singing.

“Yes I have a very big passion for music,” an excited Nwosu told http://nigeriafilms.com shortly after his brief performance.

He explained further, “I would say acting was a second talent because when I was 10 years old, I used to entertain people in my community through music.”

The actor, who shot into limelight in the early 1990s in Day of Reckoning, said something new is happening in his life. He reveals this and others to us:

Love for music
I have a very strong passion for music. In fact I would say acting was my second talent because when I was 10 years old, I used to sing for people in my community. I was involved in millinery where I cut and dry materials. But in the evening when people got tired, they would return and I would entertain them. I used to do exactly what Ekom Obong Okere, the Nigerian native Xylonophone prodigy does to people in Cross River. Throughout my youthful days, I was always composing songs and I often received inspiration in my dreams all of which I used to remember clearly the next day. Unfortunately, I lost my song book, an exercise book which contained over 200 songs during the Biafran war.

Favourite musicians
I grew up listening to foreign music such as Isaac Newton, Kool and the Gang, Kenny Rogers, Don Williams among others. However, my favourite was Barry White and up till now, I have about ten of his albums with me. Back home, I enjoy and draw inspirations from artistes such as Victor Uwaifo, Nduka Osadebe, Sunny Ade, Ebenezer Obey and Sonny Okosuns. Till date, I still enjoy their music in spite of the growing pop culture among young musicians of today.

Going into music
I still nurse the ambition to go into music. At the moment, I am preoccupied with a new movie, which will soon be premiered in Lagos and Abia, my state of origin. Once I am done with this, I will throw myself into music. This time around, it will strictly be Christian music.

Why gospel
I can't explain this, but one way or the other, the impression continues to dawn on me that I have to join the choir and showcase what I can do. Occasionally on my own, I sing fantastic songs but I don't know why I have not recorded them. I sing for myself, and I enjoy doing this quite a lot and the inspiration just keeps coming. After the premiership of the movie, I hope to have pulled enough funds to go into music.

My new movie
It is a Christian movie that addresses various aspects of human life. It featured stars such as Olu Jacobs, Nonso Diobi, Alex Usifo, Emeka Enyiocha, Queen Okoye, myself and a group of 18 elders in Enugu State. So, it is a very big movie. I deal with two things in the movie one of which is the challenge youths go through. The movie is about the battle a pastor encounters with evil forces and it also exposes the extent, which men of God go to become successful in the ministry.

Absence from movies
There is no big problem about that. The fact remains that throughout last year, we had a conflict between Censors board and marketers, which affected the number of movies shot last year. It is not as if I have not been shooting movies, but most of the ones I shot, I discovered, were taken outside the country before they were returned here. This time around, with this new censor's board arrangements, this ugly development would be stopped. When an artist shoots a movie, he loses contact with the marketer. They just abandon one and feel one is not entitled to know what happens afterwards. I feel it should be a mutual relationship where actors are encouraged to shoot their own movies. There is need for cooperation from both sides.

Era of movie premieres
This is a positive development for the movie industry. It will give investors such as corporate bodies and government the guarantee that through premiership alone, good profit can be recouped. For instance, I plan to have a Hausa translation for my movie and get a northern government to partner with me. With this trend, Nollywood will become an investor's delight. The standard of production will also be raised and our movies will become globally accepted when there is enough funds.

The new marketing framework
The implementation of minimum capital requirement for marketers by the censor's board is very important. As an insurance person, pooling of resources is very critical to the existence of the insurance industry. Otherwise, just one major case of accident or disaster is enough to make an insurance company crumble. Essentially, I think the new drive by the Censor's board is for security of investor's fund. I can remember when I went to England, an Irish man challenged Nollywood that we needed to be more organized.

He told me that our movies were selling in the West Indies like hot cake. So what stops our marketers coming together to go and see how we can establish direct business deals with people over there through the Nigerian envoy. If the policy is pursued aggressively and unregistered marketers are driven out of business, investors will smile. Recently, I learnt that somebody loaded 40 feet of containers with Nollywood films in VHS format and was moving it to countries like Mozambique and Angola because that is what they are still using there. Now, how do our marketers react to this? Instead, we still depend on the Idumota clique.

How l started acting
I started with NTA in 1988/1989, and I am among the people who started Soap operas and Tele movies. I also acted in the movie, Glamour Girls (Part 1) in 1992, after that I ventured into other businesses but the urge for acting was strong. So, I returned and featured in Day of Reckoning, First Lady, Old Soldier, The Rise of and Fall of a Prophet (which was very tasking for me) among others. I have now lost count of the numbers of films, which I have acted in but I think it should be over a hundred.

About my NGO
I want to premiere it here in Lagos and I have started talking to Dansa Juice as well as to Abia State government for the premiere in Abia State. All these efforts will culminate in the setting up of an NGO with the Abia State government, which I propose to call MyThird Eye. I have noticed that a lot of government functionaries do work but because of lack of monitoring units, they have a problem that is why I call it My Third Eye. I hope to meet the Governor on this project. Whose project will involve going to hospitals, motherless babies home, communities among others. I will then give them feedback because most of the people in the ministry might not have time to report the correct state of affairs. I hope to achieve this before the end of this year.

I'm reading: A Pictorial Glance at Ashley Nwosu of Nollywood