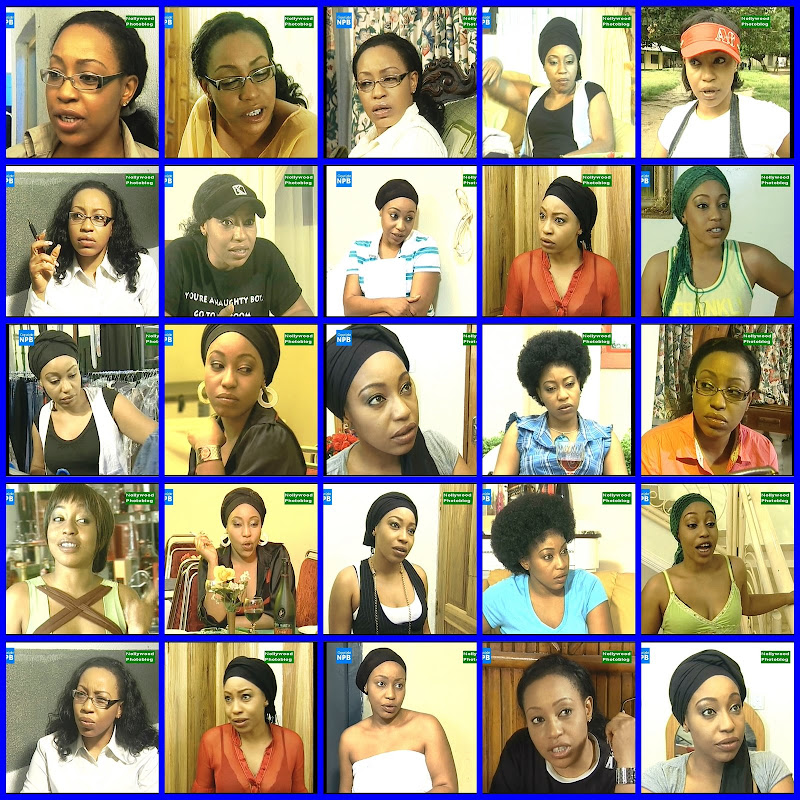 Rita Uchenna Nkem Dominic Nwaturucha popularly called Rita Dominic by her adoring fans, is an irresistible beauty to behold any day. Born in 1975, in Mbaise, Imo State, Rita is one of the most celebrated Nollywood actors .

As a talented child, she was a consummate lover of music, who entered and won severally in dance competitions and expressed herself vocally through the art of traditional music.

Rita developed a strong passion for the arts and in realization of her lifetime ambition, as she grew up, the fast rising actress opted to study Theatre Arts at the University of Port-Harcourt. It was a decision that later launched her into the mainstream acting in Nigeria.

And of course, having finally begun her promising career in television programmes such as Children’s Variety and Junior Opinion, Rita is today rated as the most sought after actress in Nollywood. Her anglic face and sexy poses often command ethereal influence among notable movie directors within and outside the shores of Nigeria.

While she debuted in her first movie, A time to Kill in 1998, Rita Dominic is a rare name to behold whenever a mention of Nollywood is made anywhere around the world.

Below is an excerpt of interview she recently granted in Malawi where she is the guest of Multichoice, Malawi

Q. Why do you think Nollywood films have had such an impact in Africa?

Rita: Most Nollywood films are dramas which laymen can relate to and learn from.

Q. Earlier today [yesterday] you visited the Kamuzu Banda Mausoleum, why did you go there?

Rita: Kamuzu Banda was a great leader and I had heard so much about him. I wanted to learn from Kamuzu and hope that the future generation can learn from him as a leader as well.

Q. Give us your brief background

Rita: I started entertaining at the age of six as a singer and dancer. I graduated from the University of Port Harcourt with a BA (Honours) Degree in Theatre Arts in 1999. My parents are late and I am the last born of four children.

Q. Of the movies you have starred in, which is your favourite?

Rita: I have starred in over 60 films and to this question I always respond that every movie I star in, I always hold it dear to my heart. All my movies are very special to me.

Q. Are you amazed at the pace which the Nigerian movie industry is growing?

Rita: Yes I am surprised. But with hard work and determination it is no wonder that we are growing

Q. How do you spend you normal day?

Rita: I watch a lot of movies and I also love books. I also work out a lot - I follow the Tae Bo exercise regime which is a mixture of taekwondo and boxing. Some of you might have noticed that I have lost weight.

Q. How do you define yourself as an actress considering the many movies you have starred in, and where do you see yourself in the immediate future?

Rita: I describe myself as a versatile actress. I act in almost every part as long as I find it challenging. In the future I hope to do more quality movies.

Q. Do you know anything about the Malawian film industry?

Rita: While here I will meet with local artists and know what plans they have for the industry. Where I can help, I will help.

Q. How can you as an artist contribute to curbing the HIV/Aids pandemic?

Rita: I feel we have to create more awareness about the disease. As actors we have to tell stories related to Aids and this will help create awareness. As an actress I feel this is one way we’ll be able to contribute.

Q. Here in Malawi, we are championing the 50/50 gender campaign. As a woman how do you feel we can achieve this?

Rita: The important issue is women empowerment. If women are educated and are professionals they will go out there and help their countries.

Q. In some of your movies you have portrayed yourself as a loose woman, what impact do you think such an image will have on the Aids pandemic?

Rita: Can you please define what you mean by loose woman.

Q. I mean a woman who jumps from one bed to another

Rita: At the end of the day if you leave a careless life you’ll suffer the consequences. For example in one of my films where I played such a character, the woman died a very painful death.

Q. Are you married, how do you mix family and work?

Rita: I am not married and I don’t have children so there is no mixing family and work.

Q. What about a boyfriend?

Rita: That’s for me to know and for you to guess.

Q. What is your impression of Malawi?

Rita: Malawi as a country is beautiful, amazing. Coming here has proved why it’s the Warm Heart of the continent. The people are so nice and down to earth.

Q. Where do you see the African film industry in 10 years?

Rita: Hollywood watch your back in ten years

Tell us a little more about yourself.

My name is Rita Dominic Waturuocha. Why I adopted Dominic was because it’s my father’s first name and when I first came into the industry, Waturuocha wasn’t easy for producers to pronounce. I’m from Imo state. We are four children and I’m the last child with two older sisters and an older brother. They all live in England. I am a happy-go- lucky kind of person. I studied Theatre Arts in University of Port Harcourt. Moved to England after the first two years of being in Nollywood, came back after another two years and found Nollywood has grown bigger than what it was. I did a few movies again and that was how I got stuck, never live in England again. Right now I’m looking for that one movie that will give me the right satisfaction as an actor.