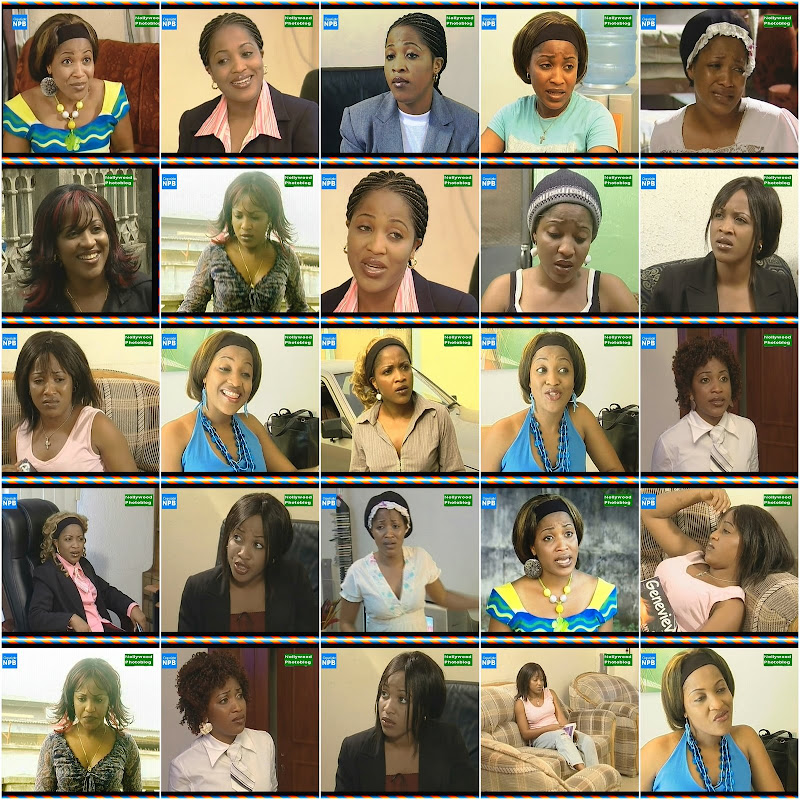 I am from Ebonyi State, but born and bred in Lagos. I speak Yoruba very well. Some people want to call me a Lagosian and I answer when they do.

Do you see any difference between those who studied Creative Arts and those who did not.

Is there really? There are lots of us in the industry who do not read anything close to Drama or Creative Arts or Theatre Arts and they are just as good as those of us who are formally trained. I will rather say that when the talent is in you, you excel better rather than just trying to be good doing it. There are some actors and actresses that you don’t even need to go the extra mile to get the best out of them. Some others have become so good in their acting because they have been doing it over a long period of time so they know where to correct the lapses, when they see the lapses, they know.
Whole families are glued to their television sets watching One Bad Apple and you as Segun’s jilted fiancée.

What other home-videos have you appeared in apart from Day of Atonement?

There are many of them. Elastic limit, Cinderella, Atlanta, Love Paradise I can quickly remember these for now.

So, what is your character in Day of Atonement.

The character I play in the movie is that of the sister to Mike, the room-mate of James.

We are from a family that lack financially. But I am always there for my brother, helping with the little I can provide for him so that he can face his studies as an undergraduate. I am eventually put under a lot of stress in providing for him and one thing leads to another. It is quite a gripping and a movie full of passion.

What should an actor do to get into character?

The first thing to do of course is to read the script. I try to imagine myself being that character. I try to see how I can make it real. There was a movie, Pastor and the Harlot, in which I played a wayward character and those who watched the movie and my friends were like saying: Hey! You are sure you had not done this type of thing before! God knows I have never been a prostitute before, nor will I ever be! But that is just what it takes. You visualize, imagine and make the character real.


How come acting? Why not something else?

In fact, I was earlier on studying to become a lawyer at Ibadan. I was reading law. Along the line I just felt it was better for me to transfer to Unilag to face something else. My parents were initially not in support but I was determined because in secondary school, I confided in a friend of mine that I wanted to be an actress in life. Fortunately for me while awaiting my JAMB results, I had done some appearances. I have so built on that experience so I can now blend . Besides, I really found commuting between Ibadan and Lagos very stressful.

I went to secondary school in Lagos. Stadium High School, Surulere. I told you I am omo Eko proper (laughing).

Media “lies” and hype..
I don’t like the impressions at all, because they could be negative. Why? A parent cannot have a child, hear such impressions and encourage the child to go into the movie industry. But on the other hand, it does not bother me. Why it does not bother me is because I know myself. Yet, you cannot be content with that, because it is only those who are close to you that will know you are not the kind of person people talk negatively about.
As far as the media is concerned, I have never lost any sleep over it. Why? Because I feel it is their job, they are only doing their job. Initially, the media was not favorable to me but I am beginning to get good mention and reviews now. Nor can I really blame people for their opinions. There are some of us out there that go out of the way to mess around and when people now insinuate, can you really blame them? After all, people say there is no smoke without fire.

(Laughs).... I am still working hard to earn the big money. I see it coming soon in the industry where actors and actresses will be earning good money.

So, in what way will you say, acting a Christian movie is different from acting in any other movie?

Acting is acting. It all depends on the character you are given. If you are given a script to play Jesus Christ, you read and visualize what it takes to be Christ while He was on earth.


While visualizing that, you need to be spiritually motivated. The important thing is to come out with a fantastic role. If I am asked to play Mary Magdalene or Mary the mother of Jesus, I will do so and achieve their character. In fact, I will want their role to affect me. But I will not play a gangster or a prostitute and let the character affect me in real life. I guess it is better to let positive roles affect you. But a role is a role to play. I have seen people acting roles of rich men and women in a movie and wanting to carry on in that manner, even in real life. If you take it too far, it begins to affect you.

I believe in everything that is good. My upbringing has been such that I see things from a different perspective. Yes, I believe in God obviously. I am into acting but I do not want any role I play to make me a bad person. I am me. I am a calm person. I want to do something that is right. I believe in hardwork too. I want to see myself where God wants me to be. He knows what is good for me because whatever I want for myself may not be what He wants for me.


Who are your mentors or the role models locally and internationally?

Joke Silva inspires me, so does RMD, Liz Benson . Liz remains the number one motivation. Internationally, I will mention Denzel Washington and Martin Lauren. It is not an exhaustive list, though.