Jibola Dabo actor, writer and director hails from the beautiful town of Owo in Ondo State. A holder of a Master degree in Mass Media from the Columbia State University, United States,  He is also a holder of a first degree in Fine Arts and majored  in graphics. 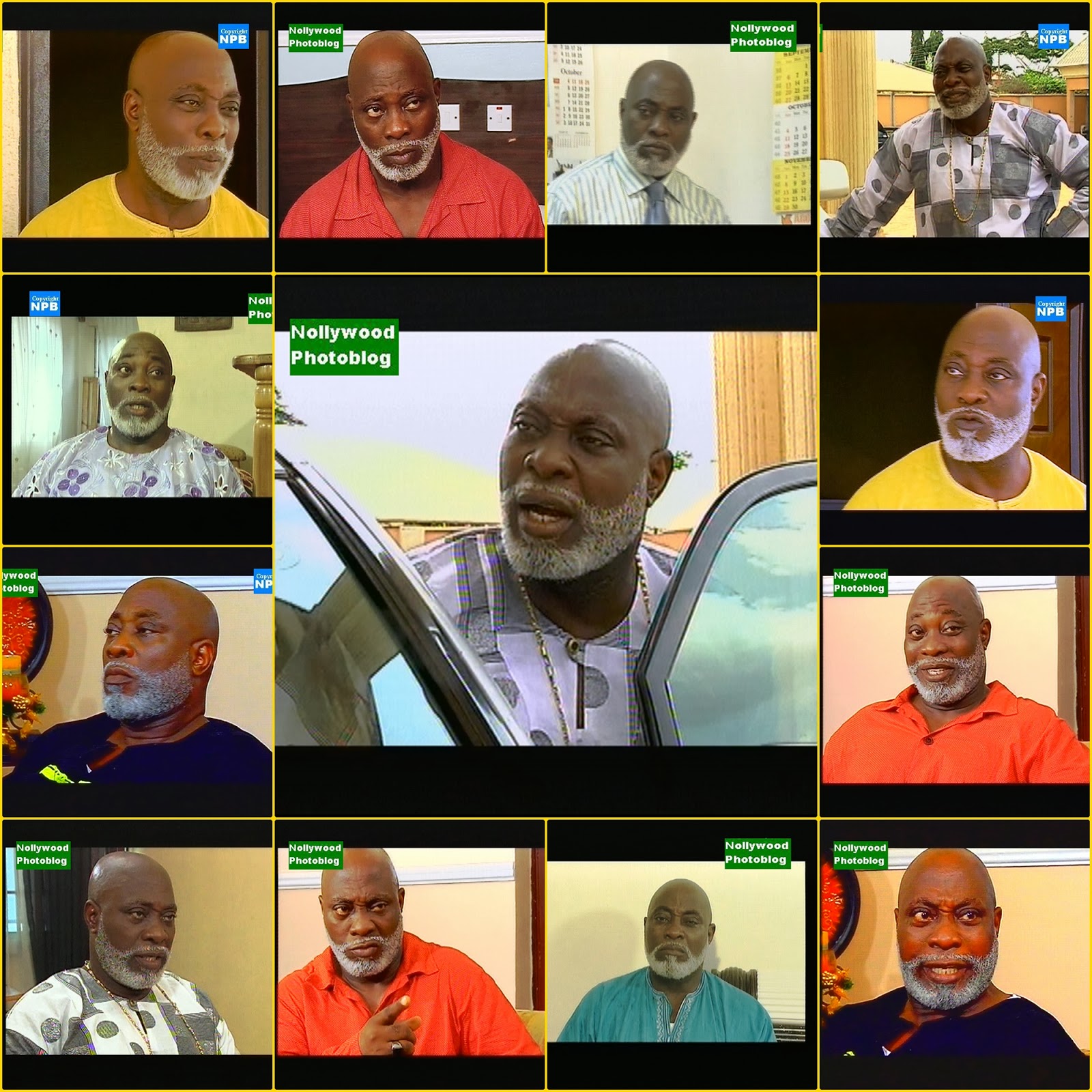 Recently you won the best actor award at the  Zuma film festival, were you expecting it?
Not at all.  I didn’t even know I was nominated. In fact, I was on my way to Lagos from Ibadan when I received a telephone call informing me that I am expected in Abuja and I wondered why?
Because I’m a producer, my initial thought was they were calling me up for a job or something else. But when the voice insisted that it was important I decided to travel to Abuja. I wondered why some people think they could just call me and tell me to start coming to Abuja, without telling me why.
The suspense was made worse when the caller told me that “ this is something that has to do with a lifetime achievement, I wish you’ll make it. Get to Nicon  Luxury Hotel and your expenses will be reimbursed and all that. .” I had to turn back because I’d already left home. It never crossed my mind for once that I was up for an award. To compound my situation, I didn’t have enough funds to embark on the trip. It was a total drama because I had  fifteen thousand Naira on me and I had even bought fuel from it and a ticket was about nineteen thousand naira. Somehow I got to Abuja late and I had to drive straight to the event centre and by this time, the function had begun. I was shocked when I was called and the award was handed over to me by the French Ambassador to Nigeria. The movies screened were not only Nigerian movies as South Africa, Germany and Nigeria were equally represented. I was elated.

What ran through your mind the moment you were called up for the award?
I cannot really describe the feeling.  I can only compare it to my life on stage whenever I finish a performance and people begin to applaud. The euphoria is not explainable.

Was that your first major award?
In Nigeria, yes. I have received a fellowship award for choreography and I have also received what we call hall wall awards in the theatre, all in the US, but in Nigeria, this is the biggest so far.

How credible is the Zuma festival award?
With due respect to all other awards, the Zuma award is one of the very few awards that you cannot influence. I questioned them on the reason they waited so late  to inform me about the award and I was told that the decision was reached the morning of that day I was called. Someone summed it up in a text, she sent saying ‘this is a true measure of quality’ because it is a very different and credible award.

When did you join Nollywood?
I started off with TV soaps when I returned in 2003 and I joined Nollywood in 2006. Before then, I was on stage for KOJA and the Commonwealth celebration. The theme of the play was Toy Soldier, Boy Soldier. That was the first thing I did when I came back.

For those who may not know, what were you doing before you departed the shores of this country?
Acting and dancing is what I have been doing on TV since the seventies.

Do you dance?
I was the director of the black heritage. We did the forty man dance at Sambo that I took around the world.

What sparked up your interest in art?
Sincerely I wouldn’t know because I would not say that I got this or that from anyone  in my family
I just grew up and found myself in the acting profession. As a child and long before I was of school age, my big sister and my brothers will cast me whenever they returned home from school as part of their Biblical plays. So naturally when I started school I became part of the school’s drama group. I remembered vividly one of the major plays that I acted in when I was in primary four.
I played the role of Samson and till date, most of my schoolmates (in primary school) still call me Samson.
I also played the role of  the traditional chief priest of my town, Owo.  That is also remarkable for me . . .

Were you born with a silver spoon?
No.

What was life like as a child?
Rough, very rough. Imagine a situation where six children are left behind to a mother who never saw the four walls of a school and had to cater for her children.

Did you hawk to help out?
Of course! I hawked all manners of wares and products. I hawked kerosene and I remember there was a song my siblings and I used to sing whenever we were hawking kerosene.  The song went thus ‘Keroseneeeeeee!!! gbanjo epo re o komeji, elepo n’re le o ema daroo, toba diwoyi ola, arokun epo oyinbo’. ( Buy cheap kerosene for two shillings . . . don’t wait till tomorrow)I also hawked Orii (local balm).
I did all sorts of menial jobs to augment the little my mother could.

How were you able to get quality education and even travel abroad?
I give thanks to God Almighty first and to my mother. My late mother was a wonderful woman. She inspired and made it clear to us that she was subservient to her brothers because she lacked proper education. I managed to get quality education, though I kept being sent off because of school fees. I repeated a class because of four shillings.  I went to farm with my mother and by the time I got back to school with the money, I lost a whole term. So I stayed away and returned the following year to continue school. Al of these made me a very bitter and stubborn child. I resented so many things in the society and I feared I’ll end up in jail. I was always fighting with the police and with people because I hate cheating and everything like that.  But what helped me in life was because I had uncles who considered education as important and they gave me reasons to say I want to be better than you. I was looked down on by a very brilliant uncle. He was versatile in the use of the English language and he could pick holes in everything you say. When I said I was going to study the arts, he refused to help out because he considered the subject as course for low lives. He preferred I read law or medicine.

How?
You know when you want something, you long for it, you crave for it and that was what happened in my case. I did all sorts of things to survive and nobody in my family can say I did this for you or that a dime of his paid my fees.

As a polygamist, how many wives were your father married to?
My dad had four wives and my mother was the first. But I didn’t grow up with them. I lived with different uncles and aunties. I never had the opportunity of living with my family, so I didn’t miss much. ‘

What are some of the things you learnt from your folks that may have influenced the way you make decisions in life?

Learning is a lifetime process. My mum used to tell me that no matter how beautiful a woman is, if she is married, never go near her. I held onto that for so long and it has become a part of me. She also taught me to be honest at all times.  She would tell me that if you tell one lie, you will need many more to cover up for that one lie.

On a more personal note, what really happened between you and Ayo Mogaji?
I don’t want to talk about Ayo Mogaji. She is in her husband’s house but still my very good friend. She is also the mother of my child and that suits me fine.

May we know the lucky woman?
No she is a private person.

What attracts you to a woman?
I am someone who sees beauty differently.  I don’t go for the artificial beauty. I love intelligent women. I love women who could challenge me intellectually.

Considering your experiences home and abroad, what do you think of the motion picture industry in Nigeria today?
We have made tremendous growth and progress but we are not there yet.

So what do we do to get there?
We will get there because the mediocre are going to fall by the way side. We have some directors producing world class movies.  It is a matter of time for things to be all right.

Is your beard a signature?
I shave it sometimes, but for a long while, it has been like this. If I cut it down now, my fans may protest, so I leave it.

How do you handle advances from female fans?
I don’t like women.  I love women. I am a flirt.  People misunderstand that when I say it, I love to flirt but that is if you understand what flirting means.

What does it mean to flirt?
It means interacting with the opposite sex or person in a manner that would gladden their heart. I could flirt with an old woman for instance. You know as an artiste my obligation is to make the people happy and so you need to flirt with people to do that. It is part of the job. When I’m on set, I flirt mostly with the assistants because they are looked down upon.

Why are you always in white or is it a ritual?
It is not.  I have been wearing no other colour than white in the last fifteen years. Except I‘m on set, you will not see me in something else but white. I  feel very comfortable in white and it has nothing to do with ritual.

How often do you see your children?
I’m in constant touch with my children. Some of them are married and the rest area also doing fine.

How does it feel being a granddaddy?
It feels good and it also reminds that one is not getting any younger.  It gives you an additional sense of responsibility.  It is a blessing too and I am happy.