Coat of Many Colours of Francis Duru of Nollywood 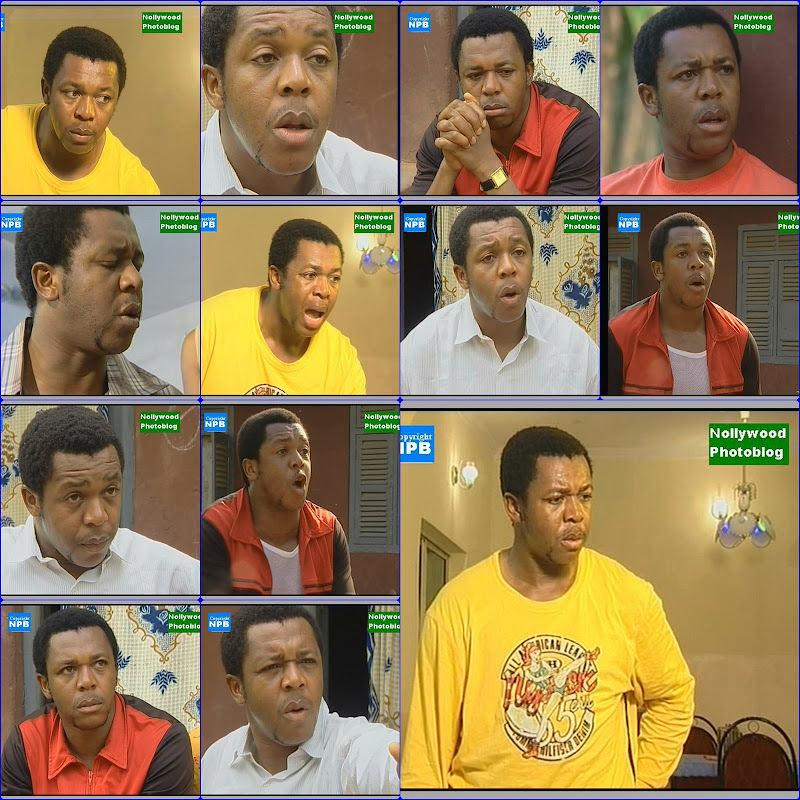 Francis Duru shot into limelight with some of the earliest home video flicks like Rattle Snake, Missing Mask and Mama Sunday, etc and it would not be out of place to describe him as a pioneer Nollywood actor. Francis took a sabbatical from acting by relocating to Abuja as a businessman, contractor and events consultant, but later returned to his first love with movies like Price of Destiny and Cold War. The Imo state born actor is an awardee of UN ambassador of Peace. Coat of Many Colours is one of his earliest movies and this blog derives the topic of this work from it. Here is Francis Duru at a glance.

How did the Journey started?
The whole thing about acting for me started in 1989 when I mistakenly followed my friend to an audition where Paul Worika was in-charge. I had the opportunity of reading and some one said why don’t you just do it. Since I was just waiting for JME, I had time to do it and from then all things fell in place. I later got admitted to the .

What are the happenings with you in recent time?
I’m doing well, production, shooting, doing my own things, doing my best in the business. I have been working.

How does it feel, being in where it is believed that production activities are very low?
Film business is not about the distance or location but the product. Irrespective of my location, I get called for jobs and it doesn’t matter where, transportation to location does not affect production. I move from here to , Port- Harcourt, Anambra, Owerri, etc. The most important thing is the product. A good product is highly demanded in the market, so for me, like I always say, the only thing I miss for is that other parts of entertainment are hidden away from me.

At what stage does an actor stop to lobby for a job? It is believed that since is the hot spot, an actor is more likely to get movie roles there than other locations. What do you think?

Yeah! It is true, but for me the word lobbying is what I am not used to and as a matter of fact, I have not been comfortable with. The fact that people believe that it is part and parcel of the business should not apply to all. I believe that if you deliver a good job, they will come for you. My own kind of lobbying is moving into the next business by doing so well, the one that I have at hand. So, it is about what impact I can have on the production.

So, what would you say that you are missing not being resident in ?
The only aspect that I miss about is the aspect of recognition on this job through awards. There are lots of awards taking place and you don’t know how people got nominated for them in the first place. Take it or leave it, this aspect in an actor’s life helps to bring his project to limelight. It helps shows that there is some one some where who is also contributing his quota to the industry. I know that in most cases it is a clique thing but this is one aspect that I miss about . But lobbying for jobs has never been part of it. I’ve been fine; doing jobs in and out of . As I speak with you, I’m in Jos, Plateau state shooting a movie.

So, would you say Nollywood marketers and producers alike are so professionally driven enough to seek a good actor irrespective of distance, some people think they are nonchalant about this and would rather make do with whoever is on ground?
Yeah! They do that, to be candid. It is a bad-bad situation and I tell you that right now, emphasis is being placed on people who can deliver. It is true that once in a while they get nonchalant but that desire is growing now to put up the best. I get my job consequently because the person knows I can deliver. I don’t just do a job because the person is my friend or not, and that also applies to other actors. It has gotten to the point where they go for whoever they want, not just who they see.

What other things do you do apart from acting, I know for one that you are a MC?
I do shows, event and so on. I also combine acting with business. I consult for people, organizations. I am an event person generally, master of ceremonies, social services. Even when general supplies come, I do, at least, using the goodwill that comes along with entertainment to achieve other feats in life.

When is Francis Duru going to write his own movie, if only to proof a point?
I beg my brother, this whole thing about proofing a point is not part and parcel of me. Movie making is all about impulse. And the major problem we are faced with is the absence of a worthy distribution network. I’m working on my own movie but it is not easy like you think. You can’t proof a point when you are not sure that where you are putting your money would yield returns. But you make a point when at the end of the day the product finds a larger market. Distribution to me remains very, very important. It remains a motivational force for anything I want to do.

You were seen in a movie (Total War) recently that looks like Laviva, could it be that Laviva was given another title?
No, that movie is Total War, and they are two different movies. It’s just that they have one common setting; backgroung. One is just a setting while the other shifts settings between and . They are two different stories, two different scripts and two different directors. The casts are also different. In Laviva, I played the role of an ECOWAS Monitoring Group (ECOMOG) soldier, and in Total War, I played a Liberian rebel turned pastor.

So what has happened to the movie, Laviva?
Yeah, Laviva is still there but I think the people who are actually responsible for the marketing are in better position to answer that question. I don’t really know much about Laviva, except that I am aware that it is being screened at some international film festivals..

Tell us about UN Ambassador awards you bagged recently
Yeah! It was the UN Ambassador of Peace award. It was given to me, the former governor of , the Inspector General of Police and Clem Ohameze, in recognition of what we have been doing to influence positively, the life of the youths.

How do you feel being so recognized?
Yes, I feel good and really honoured given that type of award, it isn’t easy, you know, to receive that kind of award from an international organization, with the diplomatic community too, endorsing that. It’s a big feather to me, it makes so much sense. It makes me feel that, fine, I may not have picked the indigenous awards, but there are people out there who are looking at me from a different perspective. We are in a time when we have a lot of unsung heroes who have contributed so much to the industry. Now, it s a great challenge and as an ambassador I know I have to contribute my own quota to global peace and make the world a better place. I didn’t know how they did it, how I got nominated, I just got the call that I should report where I was given the award.

On a lighter mood, tell us about your family?
Well, I have two lovely kids and my wife has been a very strong pillar. And like I say to people, I put family first in every thing that I do. My wife, my kids, my sisters, my entire household in has been a very strong pillar. We are a happy family, we strongly identify with God, and we believe so much in Jesus who is our force and we have much faith in him.

I'm reading: Coat of Many Colours of Francis Duru of Nollywood