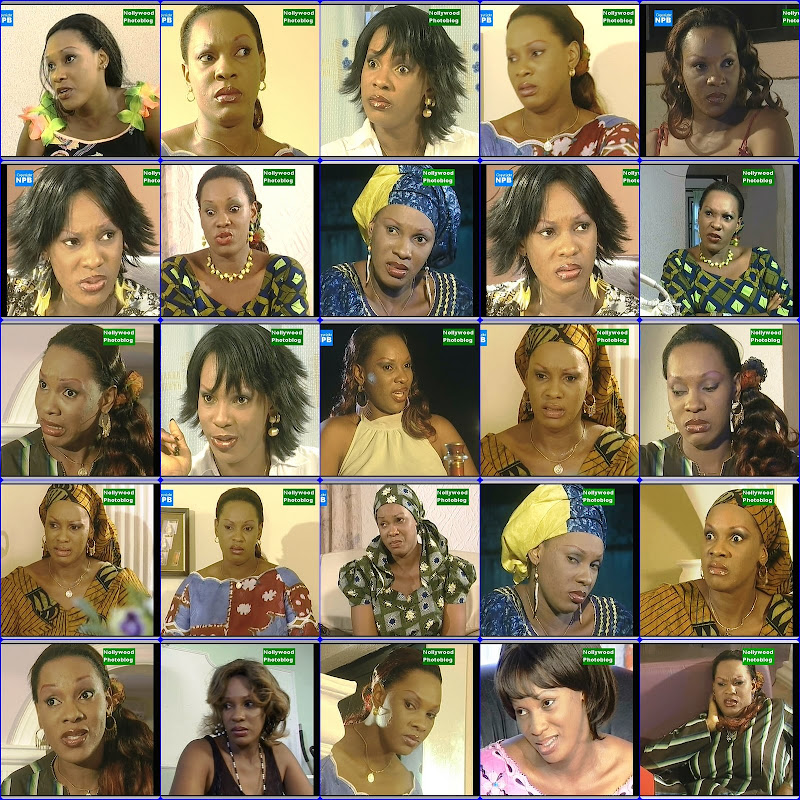 CHIEGE Alisigwe Ebbe could have been an acclaimed athlete. But perhaps she was not destined to be one. Fate had something else in stock for her: she became an actress, a tube goddess, one of the beauties that make Nollywood tick.

In early days at school, the Orlu Imo-State born Chiege was athletic champion for many years and would have gladly represented Enugu State at an earlier edition of the National Sports Festival, but for the politics of state of origin, which deprived her of that opportunity. That ended her dream of being a top athlete.

She gave acting a serious thought after her studies at the Institute of Management and Technology (IMT) Enugu, where she studied Fine and Applied Arts. An encounter with a family friend who was then a recognisable face in the movie industry provided the break. She had expressed the desire to do some serious acting to the family friend who informed her of an audition exercise at the Hotel Presidential in Enugu.

After her first role as Agu's wife in 'Igbodo' she soon got a lead role in the epic movie 'Oganigwe'.

She has since featured in over 60 home videos. Some producers have thought that Chiege would not last in the industry when she came in. They had thought she was a flash in the pan that would run out in no time.

But almost six years after, she is still waxing stronger in Nollywood, determined, she says, to prove that she is into acting good.

Chiege used to be married with a baby. She says her husband saw her on the screen, and that was how the attraction started. "He was so persistent until I decided one day to honour his date. But much later I discovered that his dad and mine were very good friends when they were young," she recalls her encounter with the love of her life.

She says she married early because she believes that there is respect in being married. "I know some people always ask why I married. I wanted it early because I believe when you are married you are more respected. I don't believe that a woman should remain single for the better part of her youth. Marriage attracts respect and it doesn't make you a lesser actress."
On Nollywood she says: "We must begin to get people to specialise. I am an advocate for specialisation. Produce only if you are a producer, direct only if you are a director. People should be able to specialise, that way they would become masters of their arts."

Some Chiege movies includes End of Dream, End of Money, Once a Soldier, Message, Traditional Marriage, My Portfolio, Sadist, Under Fire etc

Nigeria movies
The Nigerian movie industry has come a long way. We have tried to hue water out of stone. It has grown so much. There are several things that are not going well but I must tell you, it is so far, so good. It is not what it used to be but we have moved forward in some areas.

Future
I think there is a great future for the industry here in Nigeria. We started small but with God and with interest in its growth, the Nigerian home video industry will grow from where it is now.

How do you feel being one of the few getting roles?
I feel very great and thankful to God for being there. Everyone is slugging it out to survive, both big and small artistes. So it is the grace of God not even your hard work or your beautiful face that keeps you there.

First role
My first acting role came in 1998. I was introduced into Nollywood by a family friend named Kelvin Ugwu, a broadcaster and actor. I did my first audition in the movie Igodo where I got the role of Agu's wife. I did Oganigwe, My love and others.

Dreams
I won't say I dreamt about being in the movies before the opportunity came. I just came out of secondary school. I attended Queens School Enugu and was a member of the Dramatic Society. I was not just dreaming because it is part of me and I knew I would be there some day. I left secondary school in 1996 waiting for my JAMB result, so 1998, I went into the industry. Kelvin had said to me: “Now that you are waiting for JAMB, why not come to try your luck?” I thank God it has been lead roles all the way.

Riches/wealth
I consider myself a very comfortable person. I don't talk about riches because it is God that gives them. I wonder when people talk about riches. It is not any one's making to be rich or poor. It is only God that decides this.

Challenges
The challenge there was knowing that you are a new comer in the arena coming to slug it out with the known faces. There was a little bit of anxiety when I was auditioned to feature in Igodo but I have always believed in my ability to act. It was determination and solid belief that I have the ability that made me excel.

Talent
I have always believed that talent is the basis for any grasping of knowledge. I learnt so much from our Dramatic Society but I have also learnt so much from Nigerian notable directors who have directed my acting in their films. I have learnt quite a lot and continue to learn. I can't say I got all from the drama group but the rudiments were the basic foundation.

Background
I come from Umueshigwe, Orlu, in Imo State, but I grew up in Enugu where I had my Primary and Secondary school education and went ahead to study Fine and Applied Arts at the Institute of Management and Technology also in Enugu.

I completed my Youth service in 2006.

Movies
The most challenging movie for me was Under Fire. I played a typical village girl who couldn't speak English. My director helped me a lot. Tchidi Chikere did plenty to help me realise this and people are commending me for that role till date.

Sexual Harassment
I have never encountered this. I go all out to do what I am expected to do. I do not mix pleasure with business. So I am serious minded. I won't talk about that because I have never come across that. However, I have heard that it exists especially from the new actors.

Lesbianism /Homosexuality
I have heard about it but I have never been approached for such. I believe that no one could even come around me to propose that. I was a day student in secondary school so the idea of inculcating lesbianism into me did not arise. I am yet to see the lesbian who would woo me when there are several handsome men out on the streets.

Love
I was once married and I have a baby girl. The marriage crashed. The marriage did not work out. The marriage was consummated in 2002. For me, it is past tense and I won't talk much about it. We were incompatible and it didn't work.

Kind of man
I love a God-fearing, determined and hard working man. He must be respectful and humble. Men who are full of themselves bore me stiff. I detest being around them. He could be good looking as people say, but I don't mind that. I find it hard to discuss about men in the good looking adjective because it does not follow. He must just be a man, and this doesn't mean being a monster.

Wrong choice
I won't say I made a wrong choice of a husband. May be I was naive when the affair was contracted. May be it was a wrong choice. I won't call it a mistake but I call it experience which I have learnt from. The marriage, lasted for only three months you won't believe it. I had concieved the baby in my womb before we fell apart, three months later so I had the baby and have taken care of her all by myself since she was born. When I am working, she stays with my sister and as soon as I am back from location, I take her. She lives with me and I love her so much. In fact, she is my jewel.

Single mum
It is not easy but I cope. My baby is my jewel and I am very happy I have her. It's a blessing and not a stress as people want to say. Her name is Munachimsoaga.

Marry again?
Yes, if the time is right and the guy is right. Why not? I am young and can't live my entire life alone without a man. But the time and the guy have to be right. I can't afford to make the mistake I made earlier so I am watchful and very careful the way I fall this time around.

Hobbies
I love to spend time with my daughter and listen to music. I love music.

Philosophy
I do not regret any thing, I just move on. Just see everything as experience and it goes on and on. You must be strong in whatever you do.

I'm reading: Getting to Know More of Chiege Alisigwe of Nollywood