A Pictorial Glance at Prince Jide Kosoko of Nollywood 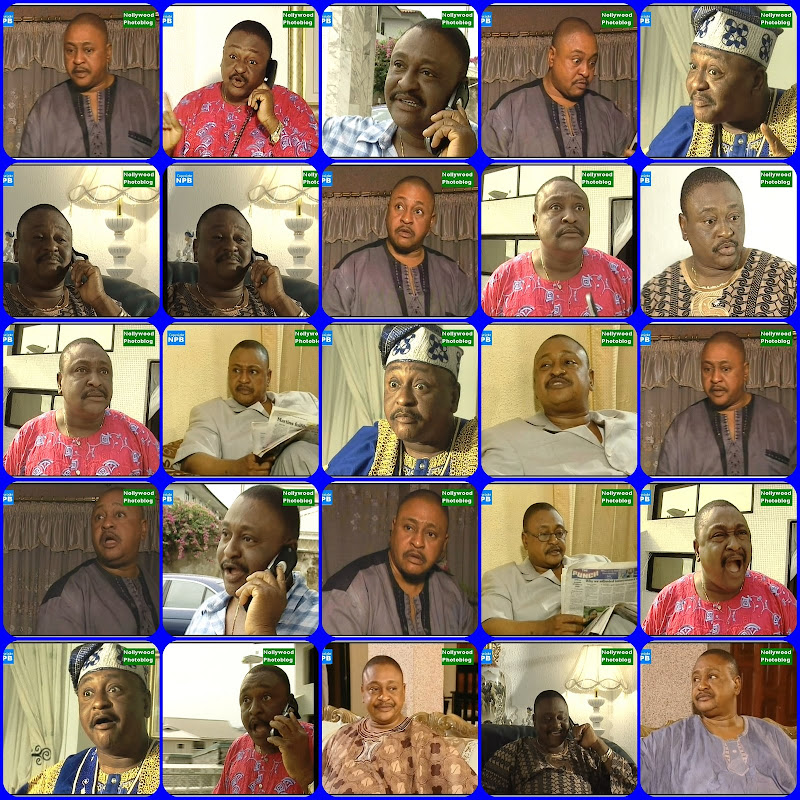 Tell us a little about your childhood, growing up, parents, brothers and sisters?
A direct descendant of King Kosoko of grew up in Ebute–Metta /Yaba area of – State. My father, Prince Lasisi Kosoko and Mother Awawu Adeyanju Alake. I am the only living child of my late parents…… with very large extended royal family.

What was the first paying job ever that you had?
I was first paid for a job in my life as an actor. Later worked at various companies alongside acting. Voluntarily resigned as the General Manager of Steve Industrial company Limited Apapa.

How much were you paid per month and what were the responsibilities?
N13,500 in 1986 as the General Manager of the multi-million Naira cosmestic/candle and palm oil manufacturing Company.

What other jobs did you do outside Acting?
Acting scripts writing, directing, film producing, editing, and administrative consultant.

What made you go into the Acting career and when did you start Acting (year)?
I started precisely in the year 1964 at the age of 10 years. Late Chief Hubert Ogunde lived in same community with me then and I was so close to his family. I admired his overwhelming appreciation by his fans.

Who were your Idols/Models (Actors) in those days?
Late Chief Hubert Ogunde of blessed memory.

What was your first role in Theatre, TV or Movies?
The role of Alabi in a television production titled Makanjuola by the Ife Lodun travelling theatre. My first television appearance was on NTV barbeach – .

What was your major break-through role and in what film, series or play?
Combination of film and video;
Taxi driver (1983) arrival to Ade love
Comedy series by Ojo Ladipo
Various Felluloid film productions from 1977 - 1989.

What were the constraints you had to face and overcome as an up-and-coming Actor (young actor)?
Serious family objection both from my mother and father. My father believed that as a royal prince, I should rather be entertained than me entertaining people.

How many films have you been involved with as an Actor to date?
Too numerous to mention among them are taxi driver, Ojiji, Asiri nla, Omo onikan, Omolade, Glamour girls, end time, etc.

As a DYNAMIC, OUTSTANDING, 'A'-List Actor, how have you managed to adapt to the different range of roles you have played in your career?
As far as I am concerned, it's a gift to have this ability. I have played numerous different roles such as the part of a king, deaf and dumb, palm wine tapper, millionaire, drunkard, womaniser, crook etc.

What is the most awkward or strangest role you have had to take/play in your career and why?
I do not find any role awkward but a challenge.

What film have you been most proud to be involved with so far, and why?
End time – because of its World-wide acceptance.

As an 'A'-List Actor yourself, what other 'A'-List Actors or Actresses have worked or collaborated with?
Almost all of them, I cannot remember any that have not worked with me.

Did you at anytime want to quit your Acting career for something else or for a reason, and why (if any)?
Not at all.

What is the motivation for you or what keeps you interested in this career every morning you wake up?
I am just happy doing the job I know how to do best; determination to break new ground as a leader in the Industry.

How important are our Nigerian roots, morals, values, knowledge and sense of wisdom to you and your works?
Since my work entails creating wisdom, I ensure that I use my work to project the good culture of my tribe and my country; I educate; entertain and inform my viewers on the need to preserve our rich cultural values respect one another, I promote culture of respect.

On the stories, scripts, or screen play of your films, and its impact on the Nigerian/African cultural values (home and abroad), how do you manage to harness, keep and pass them across in your films?
As a producer, I ensure that I pick subjects that are not only entertaining but also educative, and the ability to highlight current issues of interest to the generality of my viewers. As an actor, I endeavour to interpret my roles to the best of my ability in accordance with directors' view.

What projects are you working on at the moment and with whom?
The Historical play of in the 18th century (all about the feud between King Akintoye and King Kosoko of ). I am involving the British Council, Ghanaian and Nigerian Governments.

Where do you see yourself in this career in the next five years?
Still waxing strong and contributing my quota to the continuous growth of my noble profession. I also have the ambition of being the next President of Association of Nigeria Theatre – Arts practitioners (the largest Actors organisation here).

Where do you see the Nigerian movies industry in the next couple of years?
Penetrating the world market. Our actors and actresses are up to the task. Technically we are improving.

I love playing in-door games like script writing, draft, monopoly scrabble and I also play table- tennis.
What kind of music do you listen to and who is your favourite musician?

Is there an International Actor (American, British, Australian, African, etc.) you will want to work with if the opportunity presented itself?
Eddie Murphy

What message do you have for your international fans in , , Europe, and its Diaspora?
I promise to keep them happy at all times.

For any reason at all, how would you personally want your fans to remember you?
As a creator of wisdom, and grandmaster of all re-action

There is no gainsaying the fact that the Yoruba film industry, represented by the ANTP, pioneered what is called films in this country today. It started in 1976. The first commercially successful film in this country is called Ajani Ogun, by Dr. Ola Balogun, Duro Ladipo and Adeyemi Afolayan (Ade Love). There had been films before it, but they were not successful, so to say. We started with celluloid, but because Nigeria does not have the capacity for post-production unless one goes abroad, we went back to home video, which we equally pioneered. The first home video film was done by Muyideen Alade Ayomire. It was titled Ekun and produced in 1986.

That is not correct. Living in Bondage was done in 1993; the same year I did Asiri Nla. I don’t want us to dwell on that. Even before Living in Bondage, NEK participated in the production of some Yoruba films. If people want to talk about stepping up, using special effects, Living in Bondage was a step up technologically. There is no doubt about that. I remember that Asiri Nla, which I produced in 1993, sold well over 160,000 copies without publicity. You know what that means?